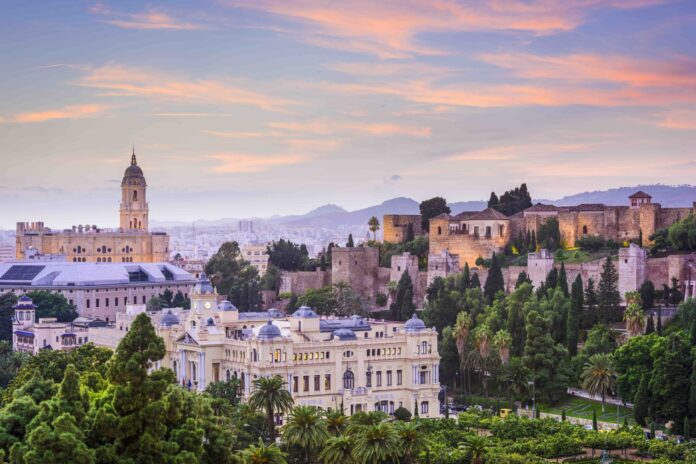 Many tourists are searching, literally, for  stellar destinations. Many villages and towns  have become  stars themselves of the big screen and have created routes to show of some of the enchanting spots that have been used as locations for iconic scenes in films.  Amelie’s Paris or Woody Allen’s New York in Annie Hall or Manhattan are examples of films and Albuquerque, New Mexico was the backdrop for the Breaking Bad. Our province has also had star roles in films and there are many places to visit  that will captivate and take us back to our favourite film or TV series.

Verano Azul was a series that won the hearts of the Spanish and audiences from Europe and Latin-America. The adventures of a group of young friends on holiday on the Costa del Sol, aided and abetted by the artist Julia and the retired sailor, the beloved Chanquete, were hugely popular during the Eighties.The series was filmed in and around Nerja and this turned the town into a star-studded destination. Visitors love snapping themselves on the Balcón de Europa, admiring the splendid views or photographing the replica of Chanquete’s boat “La Dorada”, in the Verano Azul park which was  named after the series.

Big European blockbuster films have also shot scenes in and around Malaga. For example the seafront promenade was chosen for the last scene of Swedish The Girl with the Dragon Tattoo Millennium I. Here, (no spoilers) Noomi Rapace, playing the part of Lisbeth Salander strolls along the Picasso promenade in Malaga.

Hollywood also chose Malaga for its landscape and monuments. Scenes from The Bridge of San Luis Rey starring Robert de Niro, Murray Abraham, Kathy Bates, Harvey Keitel and Gabriel Byrne were filmed in El Chorro nature park, in the bull ring at Antequera and in the Malaga cathedral. Check out these wonderful scenarios for yourself.

Antonio Banderas paid a great tribute to Malaga when he directed El Camino de los ingleses, entitled Summer Rain in English. This is a coming-of-age film set in Spain at the end of the Seventies and many scenes were shot in some of the most emblematic spots of the city, La Merced square, Calle Granada, or the Pimpi bodega. And new films are still being shot in Malaga – the second season of Snatch (based on the Guy Ritchie feature film of the same name) is being filmed in various spots on the Costa del Sol, and stars Rupert Grint who played Ron Weasley, Harry Potter’s inseparable friend in the saga.